Climbing and Hiking at the Felsenmeer in the Odenwald

The Felsenmeer near Lautertal in the Odenwald is an excursion destination for young and old. The huge stacked rocks are very impressive and it is fun to climb over them. However, a good level of fitness is a prerequisite. (de|en) 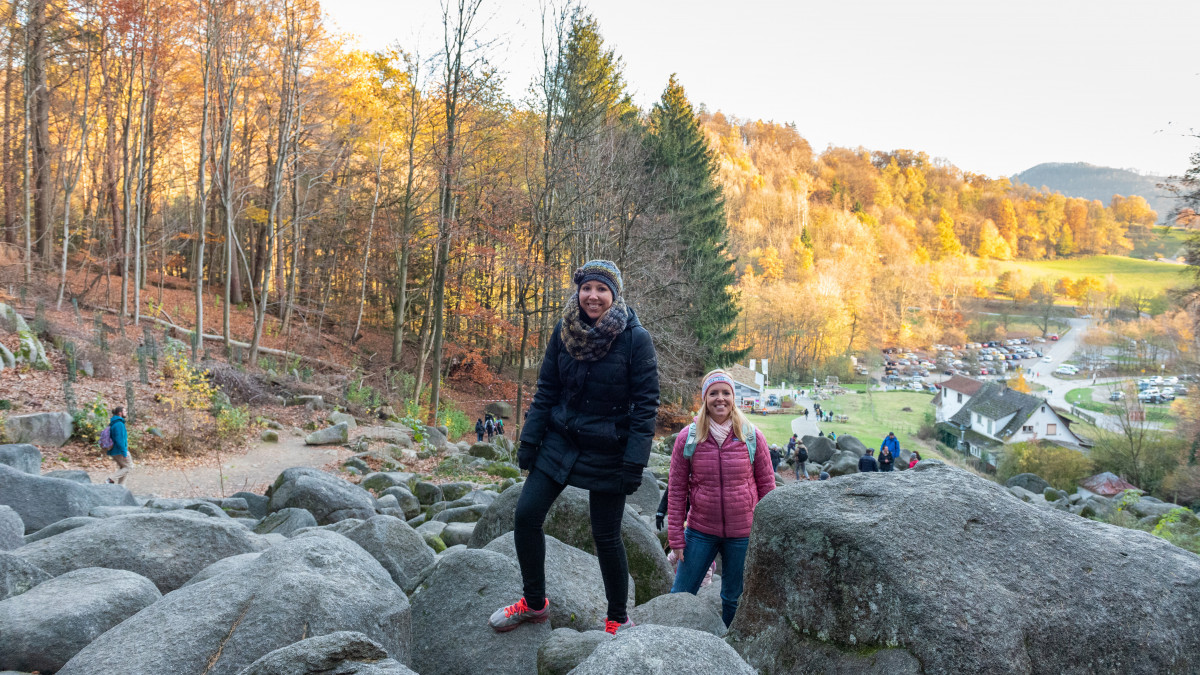 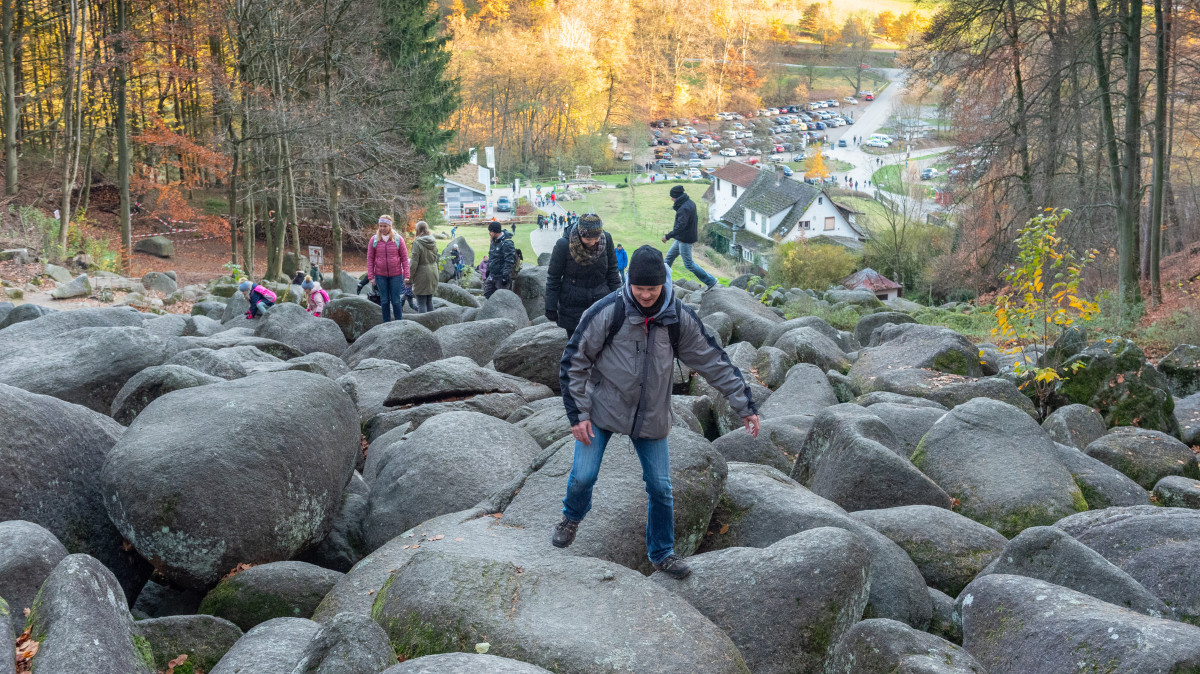 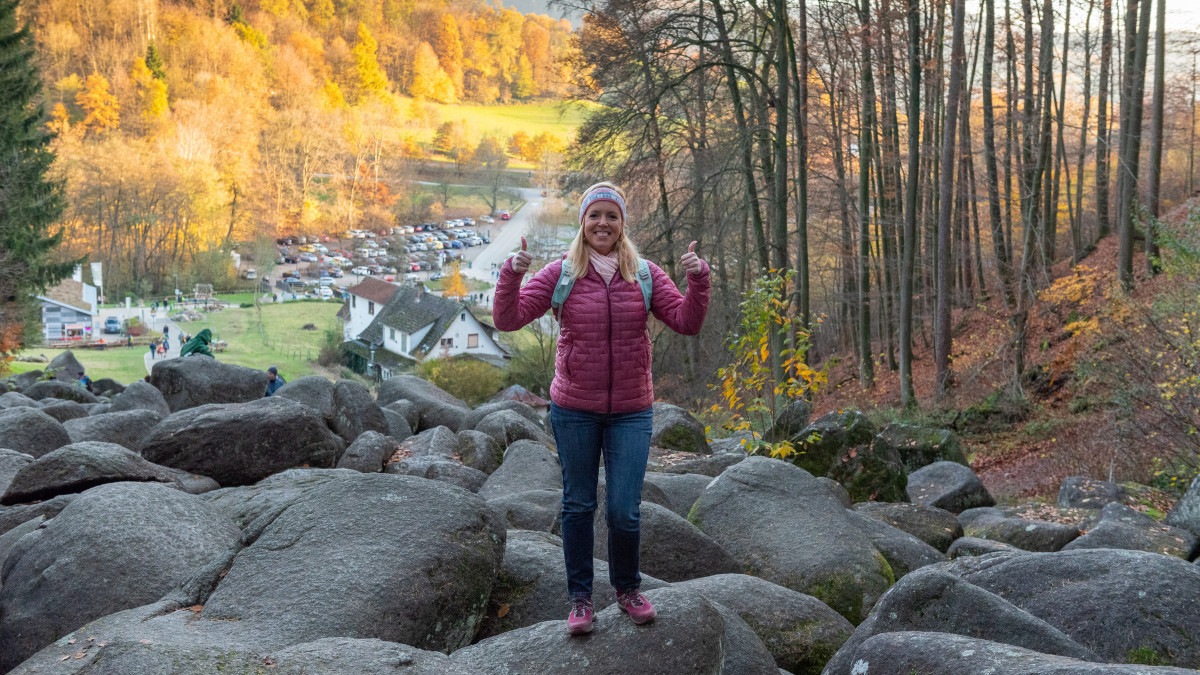 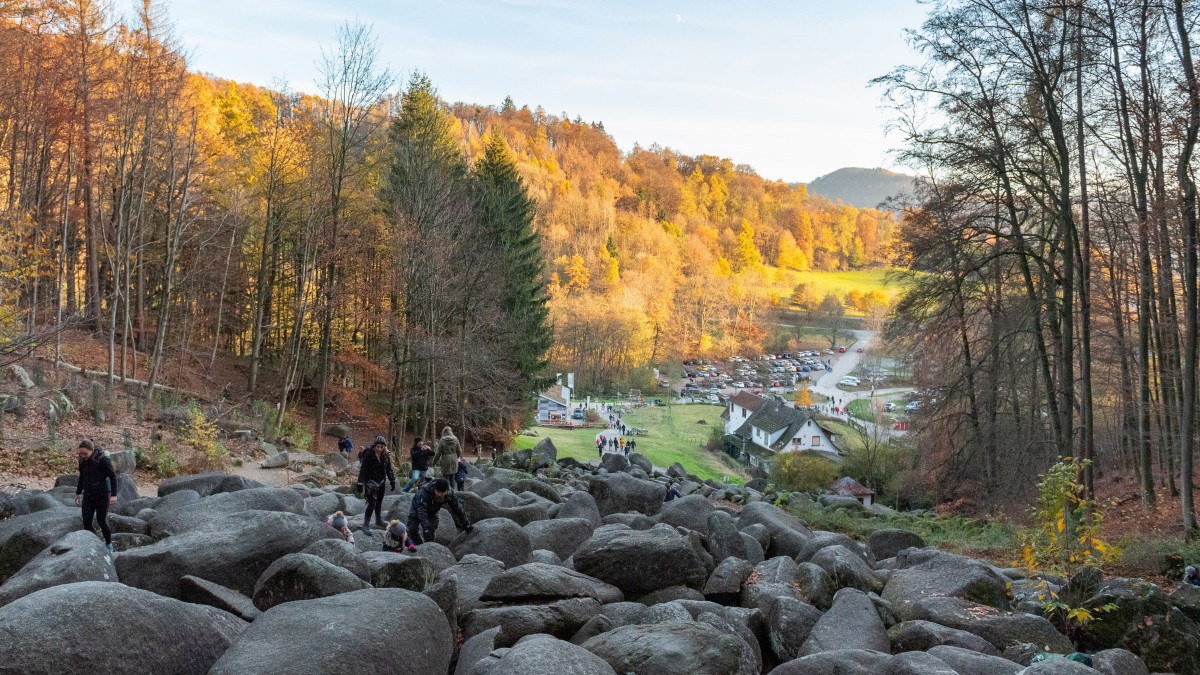 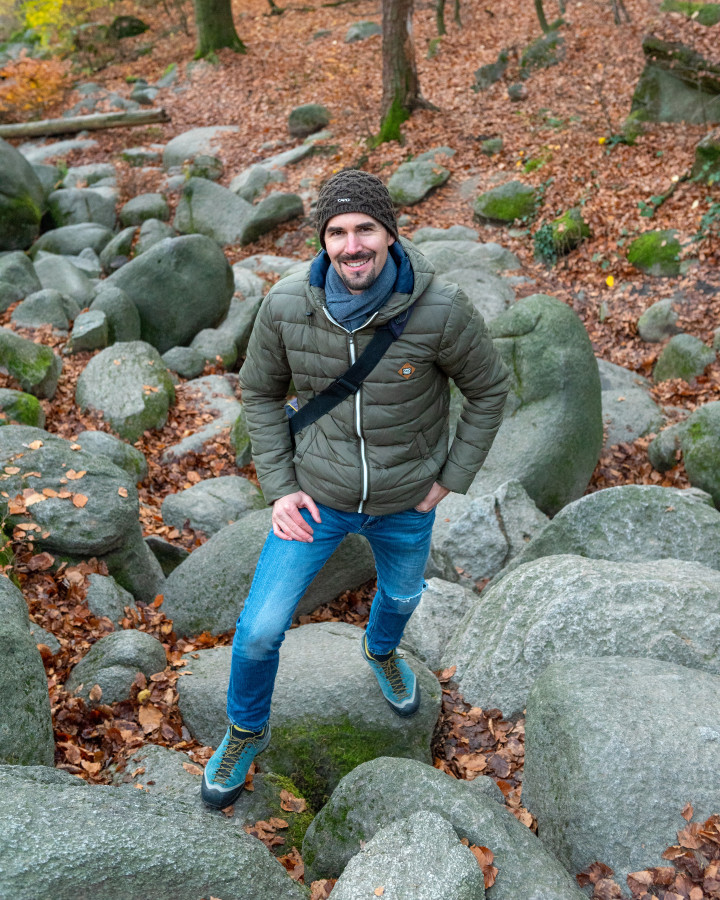 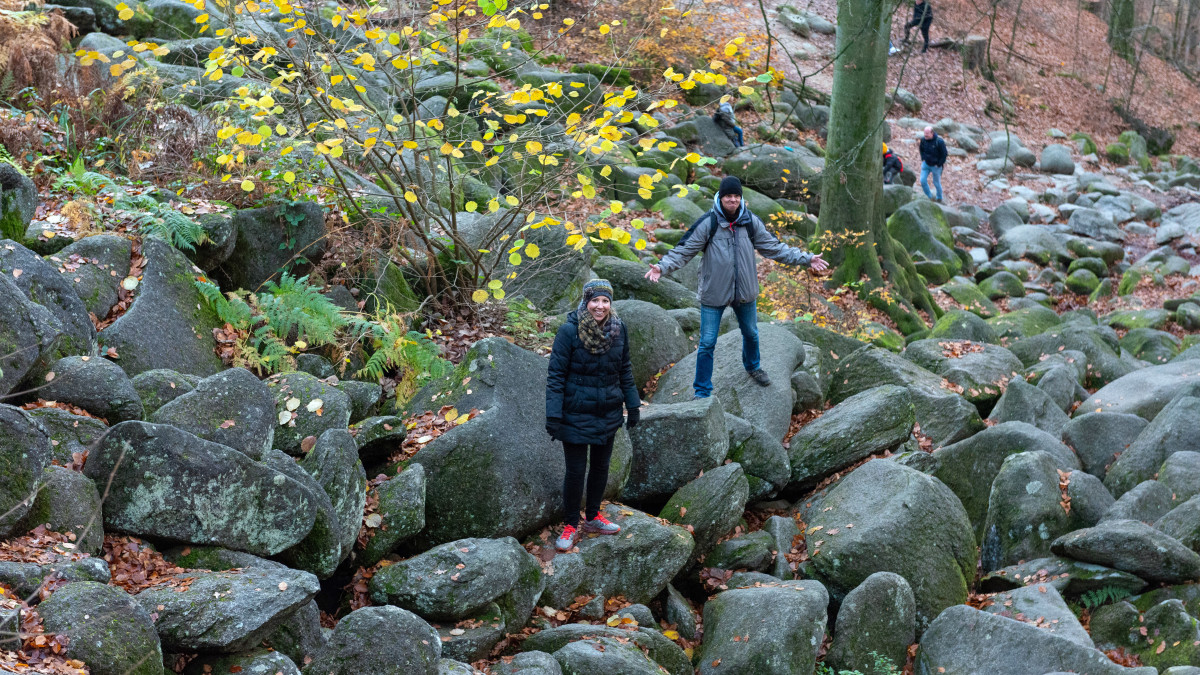 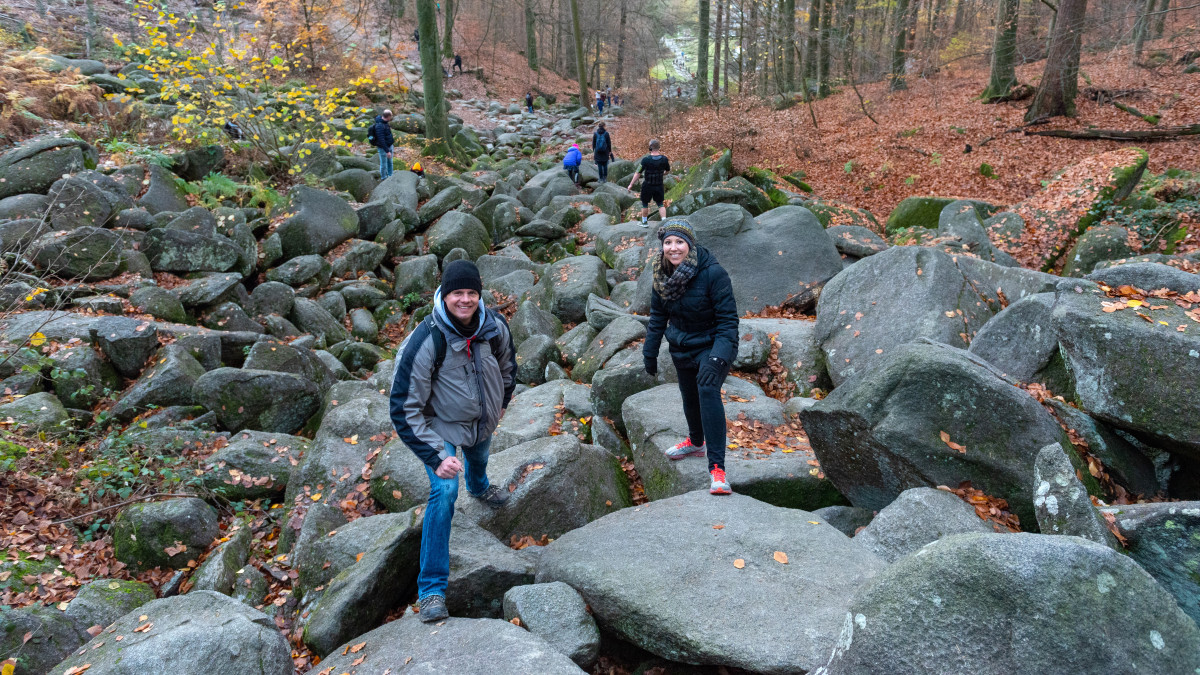 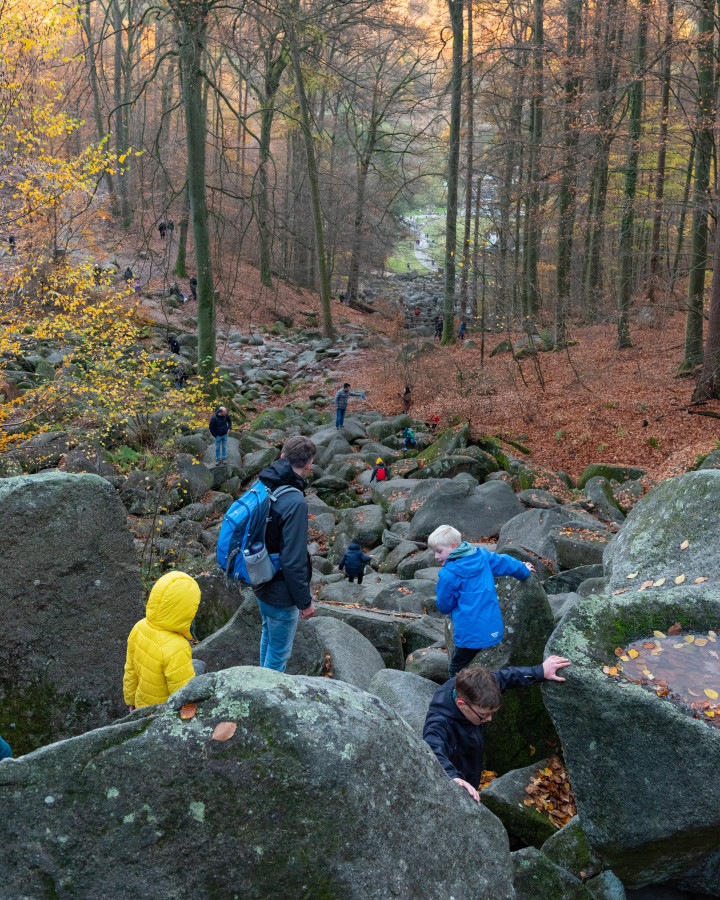 The Felsenmeer: A unique natural monument

04/2021 The Felsenmeer on the Felsberg above Lautertal-Reichenbach in the Odenwald is a rocky landscape of dark grey quartz diorite, which was formed by the so-called Wollsack-weathering. The Felsenmeer was already used by the Romans and later by the local stonemasons for quarrying. You can still find hewn blocks everywhere and even a Roman column in the upper part of the Felsenmeer. Today, the Felsenmeer is a popular recreation area and excursion destination for families and hikers. At the upper end of the Felsenmeer is a small spring whose rivulet flows down into the valley between the rocks and can sometimes be heard. A legend says that these sounds are the breaths of a giant buried under the rocks. Two giants had thrown rocks at each other across the valley, and this is how the Felsenmeer had been created. Whatever you may believe, the Felsenmeer is a beautiful excursion destination for the whole family. 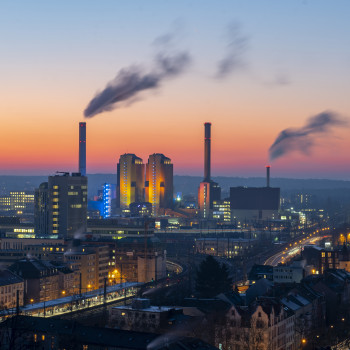 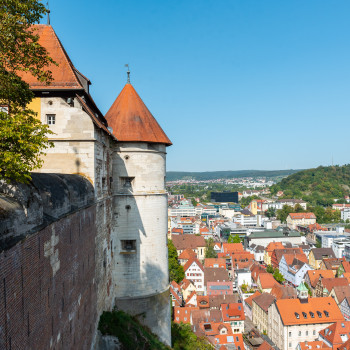 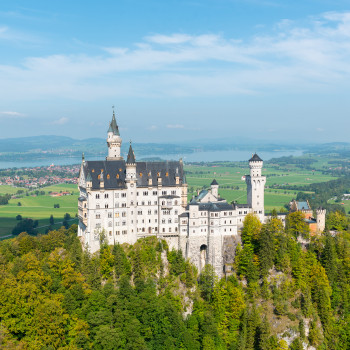 This website uses cookies and similar technologies. By clicking "Agree" you accept this processing and also the transfer of your data to third parties. The data is used for analysis, personalization and to optimize the website. Further information, including data processing by third-party providers, can be found in our data protection information. You can reject the use of cookies or adjust them at any time via your browser settings.